As usual, there was too much to see at this year’s Consumer Electronics Show (CES) including automotive technology. We have a few highlights here from displays on windows to self-driving taxis.

The number of sensors in cars continues to rise, making connectivity and performance an issue. Texas Instruments’ Jacinto 7 (Fig. 1) looks to tame these challenges with a single, integrated system-on-chip (SoC). The new family of processors includes the TDA4VM processors for advanced driver-assistance systems (ADAS) and DRA829V processors for gateway systems. They’re designed to handle ASIL-D safety-critical tasks on the safety microcontroller and ASIL-B for the SoC as a whole while using only 5 to 20 W of power, allowing for air-cooled operation. The family shares a common software platform.

1. The Jacinto 7 blends CPU and DSP cores with a real-time microcontroller as well as PCIe and Ethernet switches.

The chips are designed to handle half-a-dozen 3-Mpixel cameras at once. They can also handle a high-resolution 8-Mpixel camera often used for forward-looking ADAS.

A more detailed diagram of the TDA4VM (Fig. 2) highlights the high degree of integration. The Ethernet support includes a 10/100/1000 Ethernet port tied to an Ethernet switch with up to eight ports. The Ethernet interfaces support time-sensitive networking (TSN/ IEEE 802.1Q). The Ethernet port and a collection of peripherals, including CAN-FD, HyperBus, and SPI/QSPI/OSPI, are accessible by the real-time microcontroller that has a pair of Cortex-R5F cores. 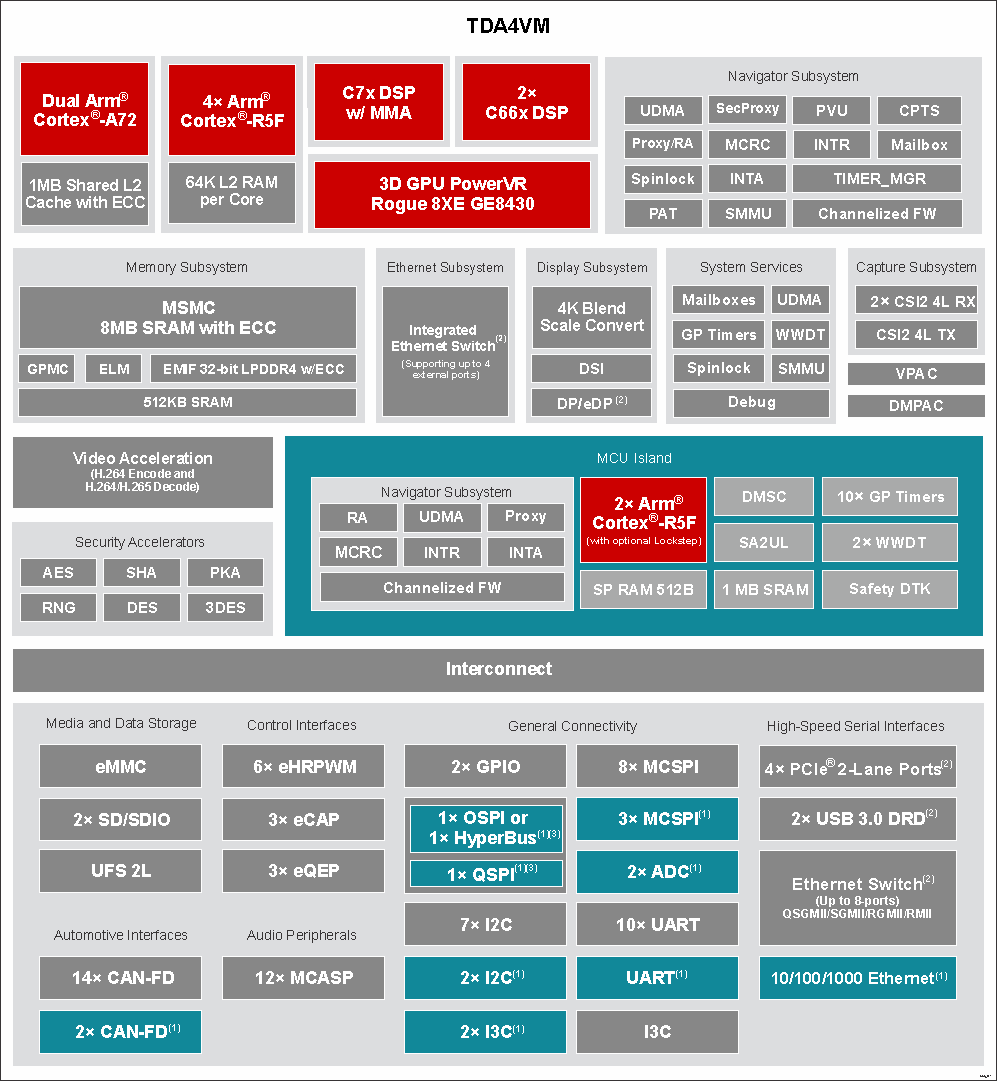 2. The TDA4VM targets ADAS functions with multiple processor cores and a PowerVR Rogue 8XE GPU, along with integrated PCIe and Ethernet switches.

The dual Cortex-A72 is the main compute platform, but it’s augmented by four Cortex-R5F cores. There are two sets of digital signal processors (DSPs), too, including two C7x DSPs and two C66x DSPs. The DSPs provide machine-learning (ML) support in addition to the CPUs and GPU. The chips can deliver 8 TOPS of ML performance.

The GPU is designed to drive multiple screens in addition to large screens like the full-width displays that are becoming more common in concept cars and high-end automobiles.

Security is built-in. This includes secure-boot support as well as hardware accelerators for encryption and authentication. The memory supports ECC.

The chips are priced aggressively at $97 in 1,000-unit quantities. The TDA4VMXEVM (Fig. 3) and DRA829VXEVM evaluation modules cost $1900. These system-on-module (SOM) boards plug into development platforms. 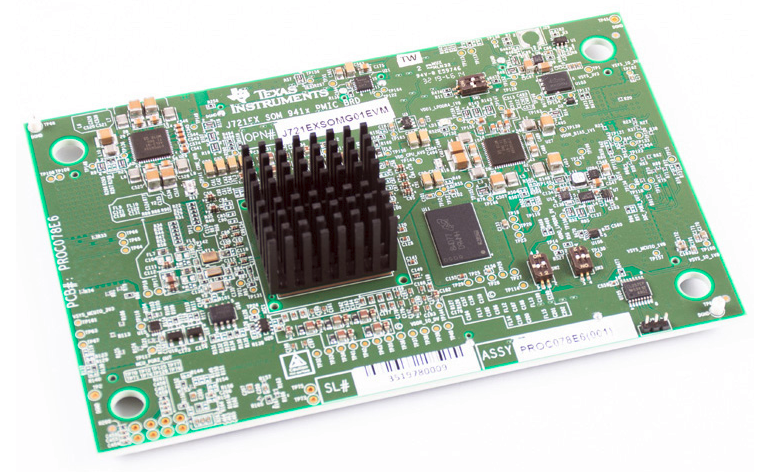 3. The TDA4VMXEVM evaluation kit is a system-on-module (SOM) board.

New Releases highlights some of the hottest games releasing each week, and this episode ha…