The solar system has another interstellar visitor, but there’s no question of this one being an alien spacecraft. It’s a true comet and the first we’ve ever confirmed that comes from interstellar space, and the Hubble Space Telescope captured some amazing imagery of it. Good thing, too — because it’s never coming back.

You probably remember ‘Oumuamua as the interstellar object that launched a thousand headlines — mostly around the idea that it could be an alien ship of some kind. Needless to say that hypothesis didn’t really pan out, but honestly the object was interesting enough without being an emissary from another world.

This new comet, called 2I/Borisov (not as catchy), was first identified in August by an amateur astronomer named Gennady Borisov, who lives in Crimea. Studies by other near-Earth object authorities observed its trajectory and concluded that it did indeed come from interstellar space.

How do they know? Well, for one thing, it’s going 110,000 miles per hour, or 177,000 kph. “It’s traveling so fast it almost doesn’t care that the Sun is there,” said UCLA’s David Jewitt, who leads the Hubble team watching 2I/Borisov. (Note that in the gif above, the streaks don’t indicate its speed — those are from the Earth spinning.)

Basically the angle it’s coming in, plus the speed at which it’s traveling, mean it can’t possibly be in even a super-wide orbit of the Sun. It’s just passing through — and in early December will be less than 200 million miles from the Sun. It’s not on track to hit anything, fortunately, which would be a truly cosmic coincidence, so in a couple months it’ll be gone again.

But its short visit is ample opportunity to study its makeup, which appears to be very similar to our own “local” comets. Although it would be cool for 2I/Borisov to be super weird, its similarity is interesting in itself — it suggests that comet formation in other solar systems is not necessarily different. 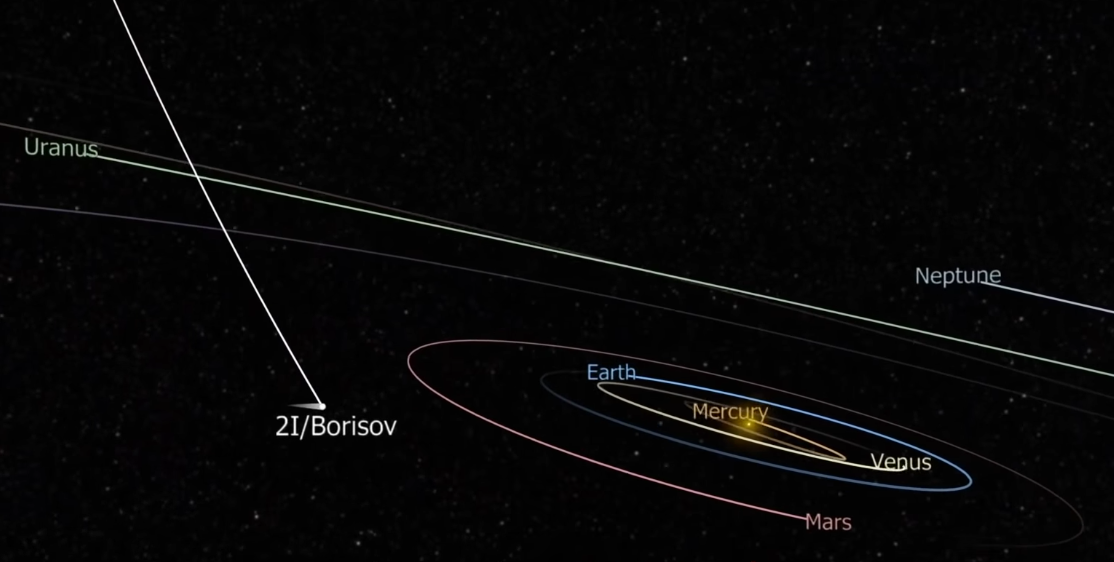 2I/Borisov is passing through the ecliptic at a pretty steep angle and traveling at great speed, more or less ruling out the idea that it’s orbiting the Sun.

It is, however, very different from ‘Oumuamua, which appeared to be an inert, oblong rock. Interesting in its own way, but comets are so dynamic: clouds of dust and ice surrounding a much smaller core. Very picturesque, even if the tails don’t always point the way you think they should.

Note that these interstellar visitors are actually thought to be quite common, with perhaps thousands in the solar system at any given moment. But few are big and bright enough to be detected and studied.

Hubble will continue observing 2I/Borisov through January and perhaps beyond. If it’s never going to return, we want to gather as much data as possible while we can.

If This Is Your Inspiration From Space, You're Doing It Wrong – Hackaday

So after a false start due to bad weather, the first crewed launch of a SpaceX Crew Dragon…