Or, at least, electric supercars.
I spent a few minutes talking with Maurizio Reggiani, Lamborghini’s chief technical officer, as we stood next to the car. He’s had strong feelings about hybrid and electric supercars. He’s never been a fan of battery power in supercars. His stance is that batteries are just too big and heavy. Weight is the enemy of performance and, if you’ve ever sat inside a supercar, you know there’s not a lot of room to spare. 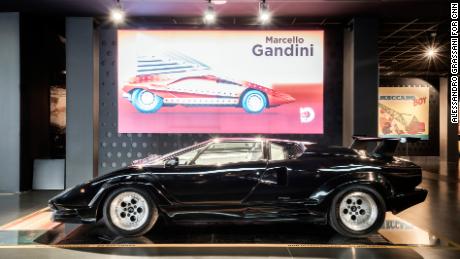 But over the past couple of years, Reggiani has started talking about supercapacitors. That’s what the Sián has instead of a battery pack. It’s located behind the seats, in front of the engine.
Supercapacitors store power using an entirely different method from batteries. Think about it this way: when you rub your feet on a carpet then give someone an electric shock, or when you see lightning strike, those are examples of natural capacitors storing and releasing electricity. (The word “sián” means “lightning bolt” in the traditional Bolognese dialect of Lamborghini’s home in Italy.)
Supercapacitors are ideal for supercars, Reggiani says, because they’re light — one third the weight per unit of energy — and they can transfer electricity quickly without losing energy as heat. They charge up quickly during braking, then blast out electricity during acceleration. The Sián’s 34-horsepower electric motor can drive the wheels directly to get the car moving and to keep pushing it along between shifts in its automatic transmission. 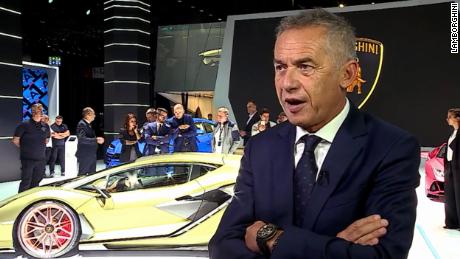 The Sián isn’t a full hybrid like the Toyota Prius. It’s a “mild hybrid” (if anything Lamborghini makes can ever be called “mild”). It can’t drive even a short way on electrical power alone. The V12 engine does the vast majority of the work with the electric motor helping.
The Sián can go from zero to more than 60 miles an hour in under three seconds, according to Lamborghini, and has a top speed of more than 217 miles an hour. The electric motor adds 10% to the speed.
This isn’t the first time Lamborghini has used a supercapacitor in one of its cars. The Aventador, Lamborghini’s $400,000 non-hybrid V12 supercar, also uses one. A supercapacitor powers the Aventador’s starter motor to crank up its big V12 engine. With the Sián, the supercapacitor actually helps move the car. 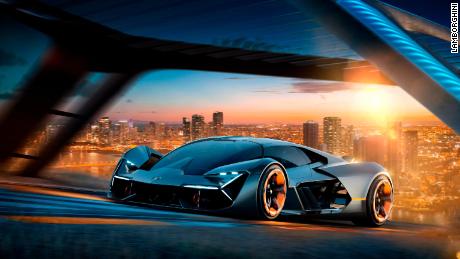 The next step will be to have supercapacitors that can do even more to power the car. Perhaps real full hybrids that can actually drive some distance at casual road speeds under electric power. That would require better supercapacitors that can deliver more power longer while still retaining the benefits of rapid, efficient energy transfer. The ultimate goal will be to have supercapacitors alone power a supercar with real Lamborghini-style performance.
That’s what Lamborghini is working on with the Massachusetts Institute of Technology, Reggiani said. “On this, we need to have much more time,” he said.
Whatever Lamborghini and MIT might create doesn’t just have to work in a laboratory under ideal conditions. It will have to work in a car that shakes and bumps, then is left sitting in all kinds of extreme temperatures. And this technology will have to be safe in a crash. Cars are some of the toughest environments in the world in which to make technology work.
In 2017, Lamborghini showed off the Terzo Millennio concept car it had designed with MIT. But that was just a concept car. It was basically a life-sized model that showed what Lamborghini mighy someday do with supercapacitors. The Terzo Millennio was described as being powered by supercapacitors that were actually built right into the car’s body. A cool idea, but one that’s still far in the future.
“This is the first step on the road and the Terzo Millennio is the arrival point,” Reggiani said.
There’s still a very long road ahead.