Space Adventures — which organized eight tourism trips to the International Space Station between 2001 and 2009 — plans to help organize a flight for four people aboard SpaceX’s Crew Dragon spacecraft. The trip could take place in late 2021, according to a press release and video Space Adventures released Tuesday.
Passengers would spend up to five days hurtling through Earth’s orbit while huddled inside a gumdrop-shaped spacecraft that measures about 13-feet across.
The flight path could take the tourists to altitudes two to three times higher than where the International Space Station orbits, according to Space Adventures chairman Eric Anderson. That would be further from Earth than anyone has traveled in decades, offering views similar to those the astronauts aboard NASA’s Gemini 11 mission witnessed in 1966, Anderson said via Twitter.
The next step is to find wealthy individuals to pay for the flight. A Space Adventures spokesperson said the price of the trip will be “in the range as other orbital spaceflight opportunities,” which have have been priced in the tens of millions of dollars.
NASA also needs to certify SpaceX’s Crew Dragon before it can fly humans, which could happen in coming weeks. The spacecraft completed its last major testing milestone in January.
SpaceX, Elon Musk’s hard-charging rocket venture, received $2.6 billion from NASA in 2014 for the development of Crew Dragon. Boeing struck a similar deal valued at $4.2 billion to develop its Starliner spacecraft. 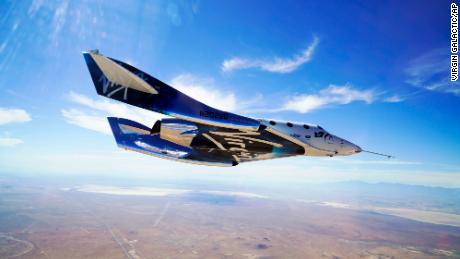 NASA plans to use both companies’ spacecraft to keep the International Space Station fully staffed with professionally trained astronauts. But Boeing and SpaceX will still own and operate their vehicles and will be allowed to use them for other types of missions, including space tourism.
Both companies are already exploring those options. Boeing, for example, signed a deal with Space Adventures in 2010 to coordinate rides for non-astronauts aboard Starliner.
It should be noted, however, that plans to fly wealthy thrill-seekers into space are frequently altered or abandoned.
Last year, for example, a company called Bigelow Aerospace said it would organize trips to the International Space Station using SpaceX’s Crew Dragon. The company planned to sell tickets for about $52 million a piece but those plans were later canceled.
And in 2017, SpaceX talked about sending tourists on a flight around the moon aboard a Crew Dragon capsule. The company ditched those plans to focus on designing a gargantuan spacecraft and rocket system called Starship, which is currently in the early stages of development. 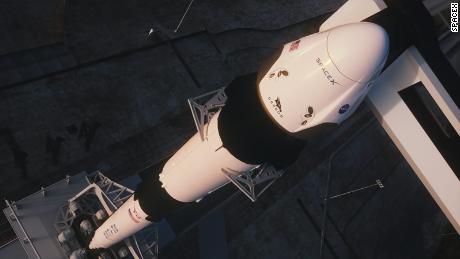 Space Adventures remains the only company to have coordinated tourism flights to Earth’s orbit. The Virginia-based company has worked with Russia to use its Soyuz spacecraft to fly ultra-wealthy individuals to the International Space Station. The tourists included entrepreneur and space investor Anousheh Ansari and Cirque du Soleil co-founder Guy Laliberté.
Those missions were priced at around $20 million each.
The space industry could soon be headed for a tourism revolution if SpaceX and Boeing make good on their plans to take tourists to orbit.
SpaceX’s president and chief operating officer, Gwynne Shotwell, said in a statement Tuesday that the company is “pleased to work with the Space Adventures’ team” on a Crew Dragon tourism trip. “This historic mission will forge a path to making spaceflight possible for all people who dream of it,” she said.
Two US-based companies — Virgin Galactic and Blue Origin, Jeff Bezos’ space company — are separately developing vehicles for suborbital space tourism. They’ll offer brief flights to about 60 miles over the Earth’s surface for scenic views and a few minutes of weightlessness.

Modern Warfare Is Giving Out 10 Free Battle Pass Tiers, Here's How To Unlock Them – GameSpot