In a release published Monday, SpaceX said evidence shows a leaking component likely led to structural failure. That was enough to cause ignition of a valve and “led to an explosion.”
The issue was related to the firing of Crew Dragon’s SuperDraco engines, which power the spacecraft’s emergency escape system.
During a series of tests on April 20, thick plumes of smoke rose over a SpaceX facility in Cape Canaveral. NASA and SpaceX began facing questions after what appeared to be footage of the test leaked online, showing the spacecraft erupting in flames. The company eventually confirmed the capsule, which is built to carry humans, was destroyed. No injuries were reported.
SpaceX, which was founded by Elon Musk in 2002, convened a team to investigate the incident with officials from NASA, as well as representatives from the Federal Aviation Administration and the National Transportation Safety Board. 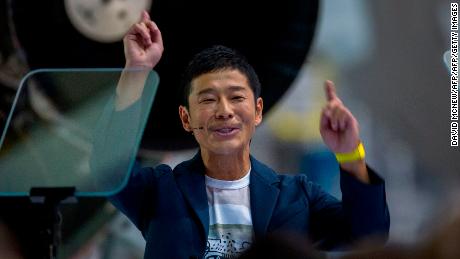 The Crew Dragon spacecraft completed an uncrewed test flight in March that appeared to be successful. It docked with the International Space Station (ISS) for a few days before returning home.
SpaceX plans to start flying humans on the Crew Dragon capsule in 2019 but incidents such as the one in April aren’t ideal for staying on schedule.
Continued delays could make things tricky for NASA, which has asked the private sector to develop a new generation of spacecrafts.
In 2014, SpaceX and Boeing (BA) were awarded contracts worth billions to create capsules that could start flying in 2017. Boeing hopes to launch its capsule, the Starliner, on an uncrewed test flight in August.
The United States hasn’t been able to fly humans into orbit since the space shuttle program ended in 2011. In order to send astronauts to the ISS, NASA has had to pay Russia about $80 million per seat.